Have you ever wondered how the Hoover Auditorium and Steele Memorial Bandstand performers are booked for the Chautauqua season? Well it’s time to draw open the curtain so you can see just what happens behind-the-scenes at Lakeside.

However, the Lakeside community and professionals at similar arts venues play a part in this complex process. It is like a puzzle – the pieces are shifted and turned until they fit perfectly together.

Each year, the booking process starts before the current Chautauqua season has ended.

In August, the programming staff reviews feedback and suggestions from Lakesiders on ideas for potential programs and performers. Some of the best programs have come from these recommendations.

For example, a family from Port Clinton, Ohio heard about The Willis Clan and sent Stary an email recommending them in September 2013. After reviewing their website and online videos, she quickly added them to the 2014 summer programming schedule, before they had the opportunity to make it big on NBC’s “America’s Got Talent” in 2014.

The Arts Advisory Team, a sub-committee of the Lakeside Board of Directors, is another valuable resource for Stary. These select community members brainstorm with the programming staff on programs several times a year. Together, they work to provide the best possible cultural arts programs for Lakeside Chautauqua.

In September and October, Stary and Eller attend two Arts Showcasing conferences, where they have the opportunity to view 15-minute ‘mini-performances’ of more than 100 acts.

Throughout these two conferences, Stary and Eller network with other arts presenters and speak with a number of artists’ agents and managers. These individuals represent the showcasing acts and hundreds more on their agency rosters.

An important goal of this networking time is to find other summer arts presenters within a six-hour radius of Lakeside. This is so that shows can be ‘routed’ and more affordable due to lower travel expenses for the artists.

The upcoming Chautauqua summer season really takes shape during the fall months. Emails and phone calls to agents take place throughout October – sometimes even late into the night with agents on the West Coast reaching out to pitch artists.

The marquee shows at Lakeside, typically on Friday and Saturday evenings, are scheduled first, since they tend to be the most expensive. From there, Stary works backwards to book the mid-week programs, focusing first on having at least one family/variety show each week through early August.

As performers are booked for Hoover Auditorium, the programming staff organizes the content, hit songs/awards, website links and artists’ bios for the Marketing Department’s production of the Calendar of Events brochure. Promotional photos are downloaded, and brief captions are written to describe shows in the brochure and on the Lakeside website.

As of early November, the 2015 summer programming season is nearly complete. However, the majority of acts cannot be announced until all contracts, technical riders and event details are signed, sealed and delivered.

If everything falls into place, the Calendar of Events brochure will be mailed during the first two weeks of January, and Lakesiders can begin to make plans to see their favorite shows next summer.

This is just a glimpse of the work that happens behind-the-scenes at Lakeside as guests head back to their daily routines.

Many Lakesiders may not know that our non-profit organization actually employees 30 year-round staff members. As the staff shifts from the Chautauqua season, the fast pace keeps going to ensure that the next season will be a successful one.

It’s your turn to join The Front Porch conversation. Did you know that Lakeside had a year-round staff? What other departments would you like to hear about?

Beat the Heat – 8 Water Activities to Cool Your Summer

Behind-the-Scenes with the Director of Educational Programming 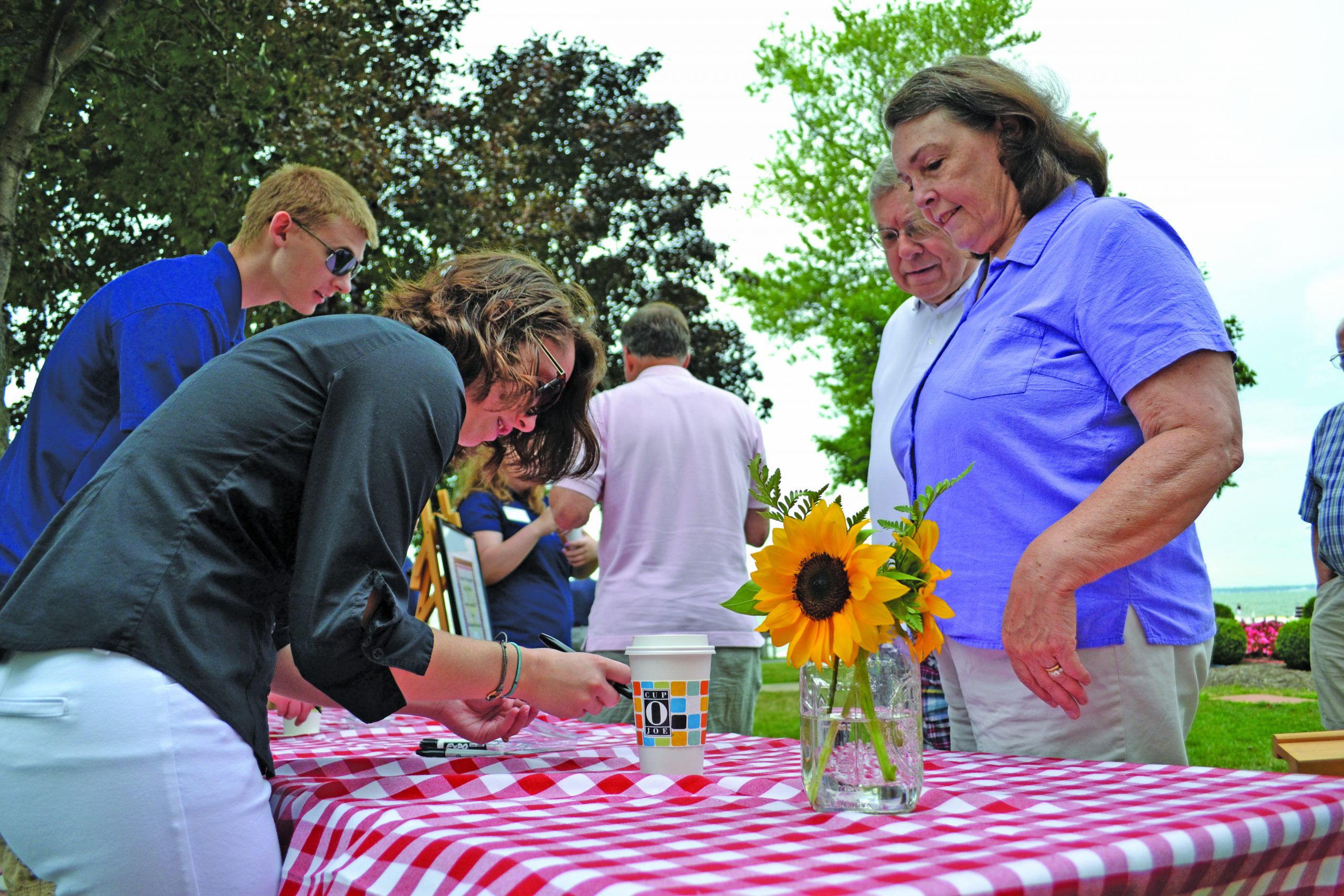 Volunteers are Vital to Life at Lakeside