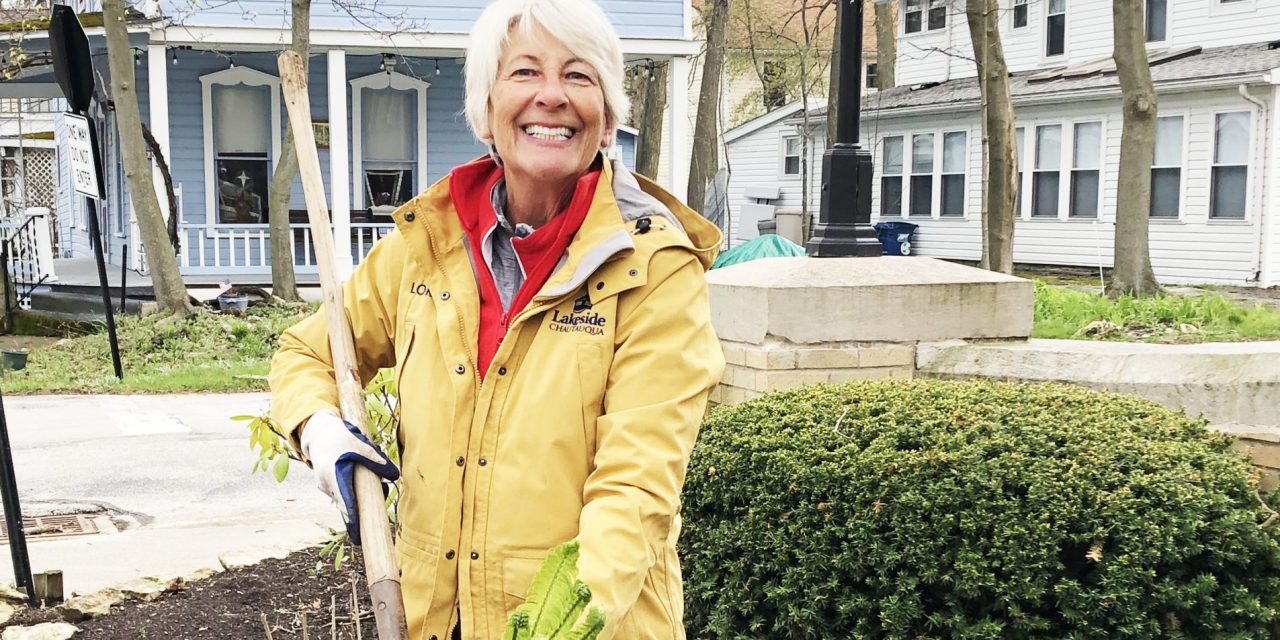 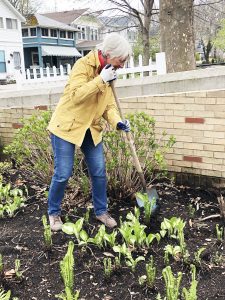 Soon, Lakeside will burst with vibrant colors when thousands of flowers and plants start to bloom across the grounds. The mastermind behind this beautiful display is Master Gardener Loretta Wilken and her dedicated Grounds Crew.

Planning for Lakeside’s gardens is a long, thoughtful process that begins back in November when Wilken places the order for 4,000 plants to arrive by May. However, there’s much more work to be done before they’re delivered.

As the daffodils are in full bloom, Wilken and the Grounds Crew scatter nearly 270 pots, hanging baskets and window boxes across Lakeside. To get a jump on the season, 150 of them are started by the hoop house near the Lakeside Schoolhouse. They are planted with mostly annuals, but Wilken and her team also add shrubs and perennials when needed.

Some of these containers require several steps prior to digging any holes: they must be cleaned, painted (if needed), soil needs added, and the pots are watered before the plants are placed. After they’re potted, the plants are cut back and watered again until they’re distributed across the grounds.

“There’s quite a bit that’s involved in prepping the flowers,” Wilken said. “There’s a whole process that goes into it.”

As those plants are readied, Wilken’s crew begins to clean up the gardens along Ohio’s Most Beautiful Mile, work on landscapes, prune trees and mulch.

The truck then arrives with her order of annuals, and they are planted all over Lakeside. You can find most of them downtown and in the parks, but not without a little strategy.

“Once the plants come in, I have specific places that they go,” Wilken said. “We lay them out in patterns. I don’t just say ‘I want this many’ and figure out where they go.”

She calls her plan a “recipe,” kind of like a color code. She plants specters or pastels like pink, yellow and lavender in the business district. The further away from the water is where you’ll find the bolder colors, like purple, orange, deep blue and yellow.

“Along downtown, the colors are more visual because you’re walking close to them,” Wilken said. “The farther away from the water, I concentrate on the bolder ones because it’s more of the drive-by on your bike or golf cart. So, from a distance you want to see the deeper, bolder colors. They really pop.”

It’s not a coincidence that annuals peak right around the beginning of July and into August, which is the same time Lakeside is at the peak season. It’s all part of Wilken’s plan since she started at Lakeside seven years ago. 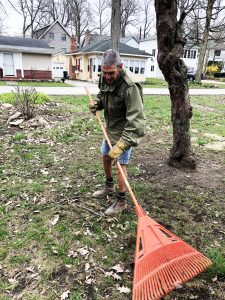 “That was my goal,” she said. “When the weather cools down in August, the flowers are just spectacular. The colors are nice, and they really put on a show.”

Getting to that point requires a lot of hours and dirty hands. After the flowers are planted in the ground comes hours of watering, mulching and spreading pre-emergent to keep the weeds out. The crew also cuts a lot of the blossoms off, sending energy to the root and increasing the amount of blooms on each plant.

“At first they don’t look very pretty,” Wilken said. “They take a little while, but once they get growing within a couple weeks, they’re going crazy.”

For sentimental reasons, Wilken’s favorite plant is the state fair zinnia. It brings back memories of her grandmother’s garden. There aren’t many in Lakeside, but she will add some near the greenhouse this spring.

“We don’t plant a lot here because they’re tall and need some structure,” Wilken said. “But they are wonderful cut flowers, butterfly attractors and a good pollinator plant.”

There are more pollinators in Perry Park and in the native prairie garden on the corner of Laurel Avenue and Sixth Street. Both are good places to spot butterflies in Lakeside.

Wilken adds to her busy summer by hosting the Get Growing! gardening programs at the Train Station at 1:30 p.m. Thursdays. She also answers questions at the Farmers’ Market on Tuesdays and Fridays during the season.

She is sometimes overwhelmed with the response to all the work she and the Grounds Crew does. They appreciate all the support and earn every positive comment they receive.

“I get so much wonderful feedback from residents and people who visit Lakeside,” Wilken said. “Someone stops to say ‘thank you’ almost every day. Who has that kind of job? It’s pretty awesome.” 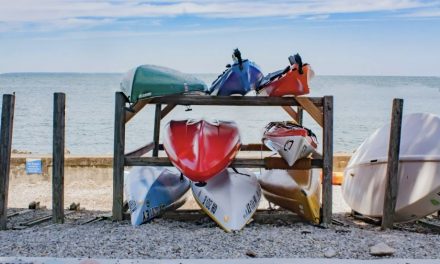 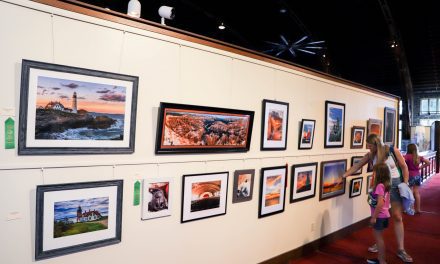