Lakeside job recruiting goes to the next level 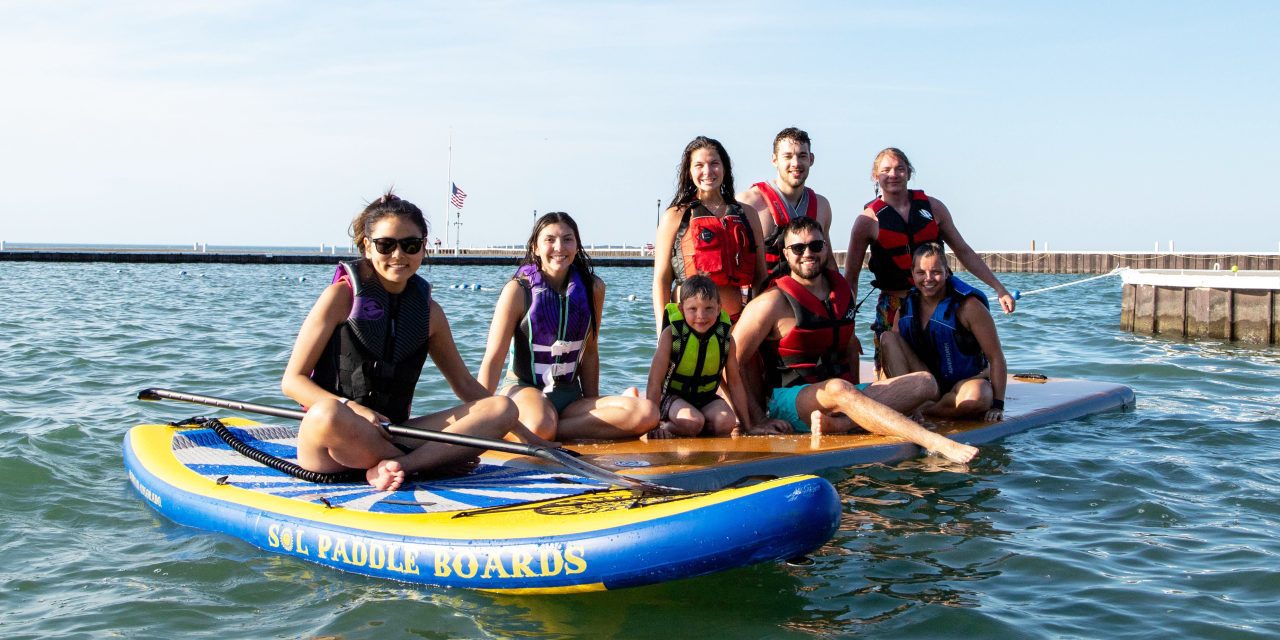 Lakeside’s Coordinator of Recruitment Becky Doak is taking her role of filling job positions to a “higher level.” She has several plans over the next few months to accomplish that goal.

Before coming to Lakeside, Doak was a career director at the University of Mount Union. She’s reaching out to her connections at several Ohio colleges to recruit students to work at Lakeside, including faculty in “niche” positions.

Lakeside is scheduled to attend job fairs at Tiffin University, Findlay University, Heidelberg University and Terra State Community College, as well as others in the area hosted by chambers of commerce. 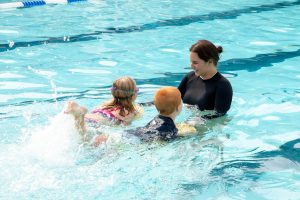 “With our efforts this year, I’m going to be able to reach out and connect with hundreds of students,” Doak said. “I can explain Lakeside and the benefits of working here to them personally.”

In addition, Doak will conduct mock interview days and additional services coordinated with college career centers to build relationships and get greater visibility for Lakeside.

“I hope to become more familiar with the students and bring a Lakeside presence to college campuses,” Doak said. “I want students to remember Lakeside.”

In addition to her work with regional schools, Doak is also posting jobs with Ohio Means Jobs in Ottawa, Huron and Lucas counties and working with Great Lakes Community Action Agency in Fremont to fill positions.

Last year, Doak organized a Lakeside Job Fair and hopes for the same success this year on Thursday, Feb. 23 in Wesley Lodge. She said it gives job seekers the opportunity to speak with supervisors directly and get more information on what each job entails. This helps managers find the candidate with the best fit, which can lead to higher retention.

With hiring initiatives well underway, Doak hopes that the Job Fair will help to fill any remaining positions. It also gives potential employees, especially ones who haven’t been here before, the chance to explore Lakeside.

“It amazes me how many people live around here and have never passed through the gates,” Doak said. “That’s the whole point of the onsite job fair. When they see Lakeside, hopefully they will want to work here.”

Lakeside is also increasing its efforts to recruit summer interns. Students will have a partnership with Lakeside, their academic advisor, department or career office to earn credit for their work. During an academic internship at Lakeside, students will earn a competitive hourly wage while gaining hands-on experience in their field. Workshops and other opportunities will be available to boost their resumes.

“We have wonderful employees, and this is just a great way to get more visibility for Lakeside and help the students,” Doak said. “My ultimate goal is to facilitate Lakeside gaining the reputation of being a great place to work for the summer.”

Lakeside is also partnering with Tiffin University in an effort to assist students and the community. Doak says the school has a sound criminal justice program and is associated with the Washington Center for Academic Internships, with some students traveling to Washington, D.C. for internships.

However, Lakeside is giving up to eight students the opportunity to stay closer to campus with an internship program to work with Lakeside’s Security Team. Most of the interns’ time will be spent in Lakeside, but they will also work 40 hours during the summer with the Danbury Police Department for additional experience, including ride-alongs.

Doak is also working with Agricultural Technical Institute in Wooster, which is a division of Ohio State University, for those seeking a career in gardening and landscaping and are interested in an internship with Loretta Wilken and Lakeside’s Grounds Team.

“I think once they see Loretta’s experience, they’re going to be transformed,” Doak said. “She will give them a really good experience.”

Foreign students from the J-1 Exchange Visitor Program will also return to Lakeside and work across the community in different capacities. Doak said several students from last season have expressed interest in returning for the Sesquicentennial Celebration in 2023.

Many showed off their cultures and cooking skills last summer with an international food tasting on the Hoover Auditorium Porch. Doak said more events with the students will be planned this summer. Many students were still in Lakeside when the season ended, so when their services were no longer needed in some departments, they stepped in and helped with the Maintenance or Grounds Teams until they had to head home in mid-September.

“I think J-1 students are the essence Chautauqua,” Doak said. “I am profoundly changed by those students.”

Doak is seeking volunteers to be Lakeside Abroad Ambassadors (LAA). The program assists J-1 students to learn more about Lakeside, take them to doctor’s appointments, invite them on a fun outing to one of the many area attractions, or have them over for dinner. If interested, contact Doak at 419-798-4461, ext. 252 or rdoak@lakesideohio.com.

“The program is just kind of a home away from home for them,” Doak said. “It also gives Lakesiders a chance to be a mentor for these kids who are so far from home and family.”

Doak said at least 200 seasonal positions are open for this summer. Applications are now being accepted and will continue until all jobs are filled. Visit Lakeside’s website to view all openings, including internships.

“I’m really trying to develop this work and experience as premier, so when people in the area hear there’s a position at Lakeside, they really want to get it,” Doak said. “Whether it’s a collegiate exposure or just local people, we’re trying to raise the bar for Lakeside employment.”

Lakeside from a Distance 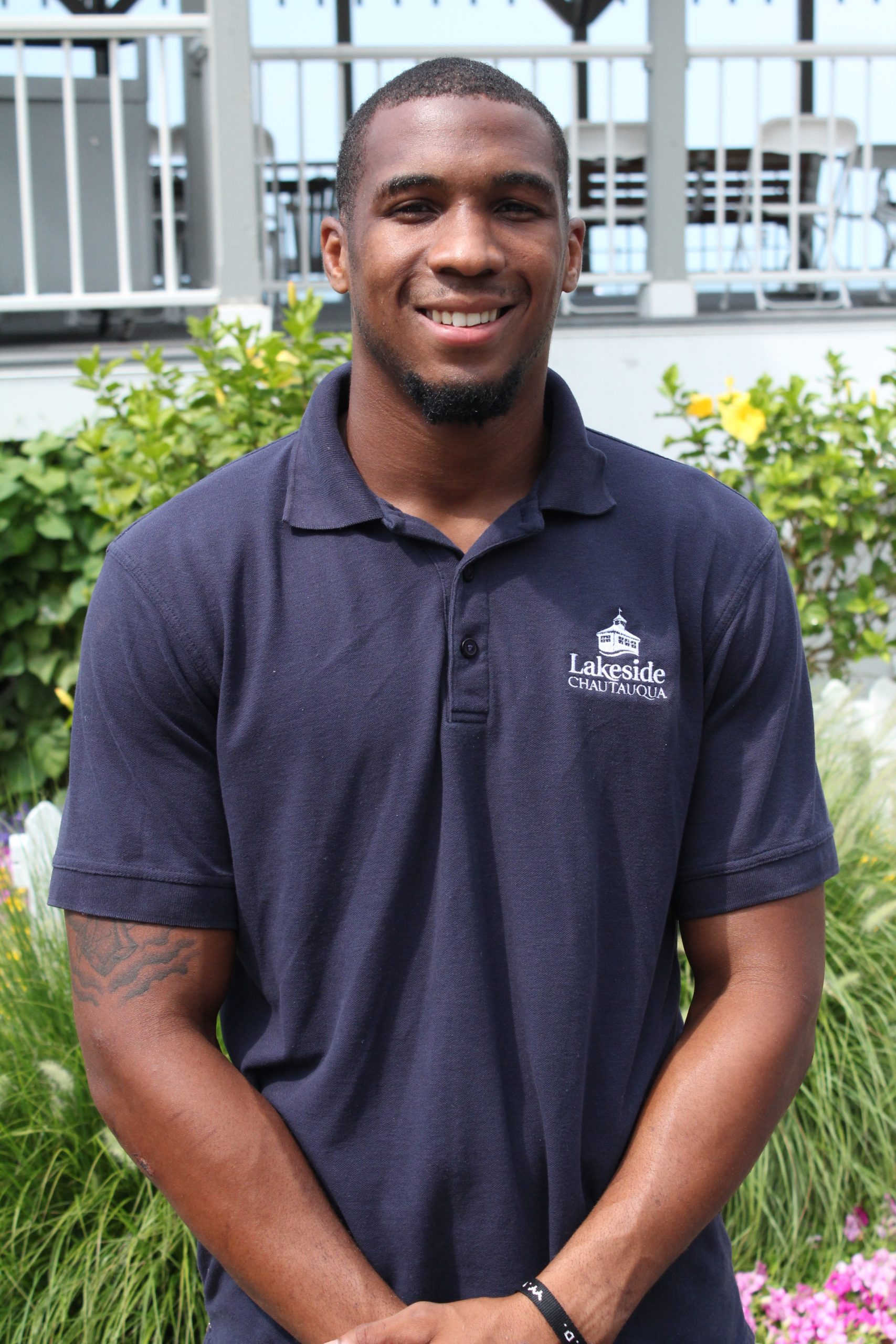 New Faces at the Rhein Center