Knobels are generous to Lakeside 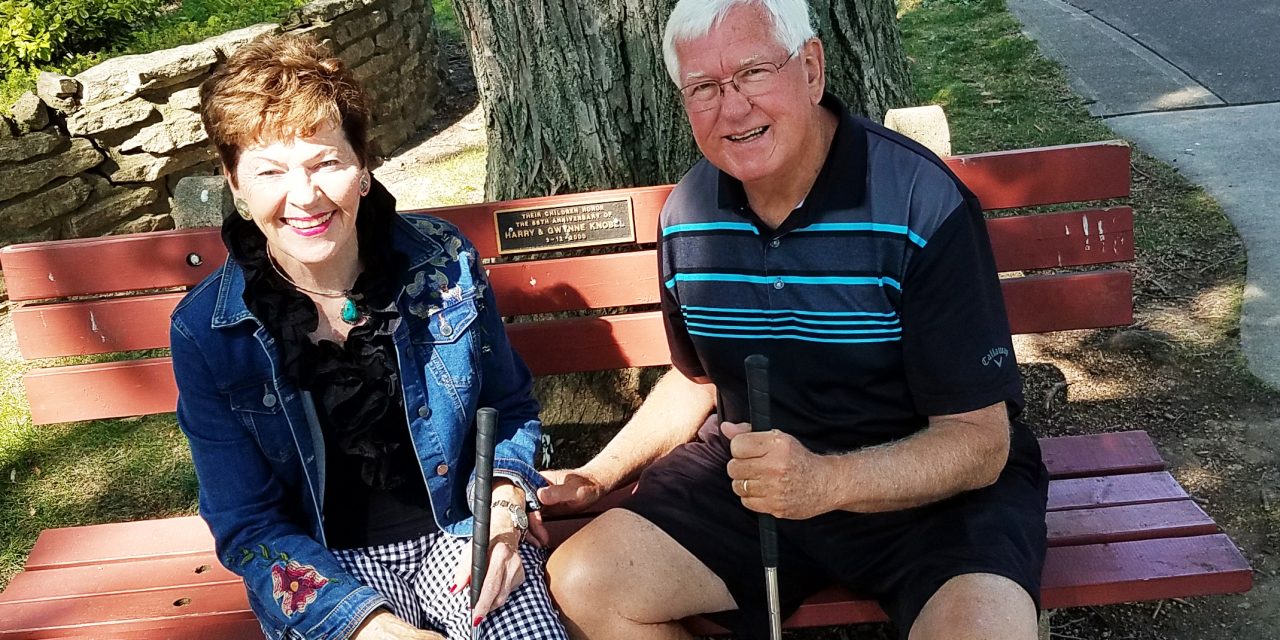 The Knobel family has been coming to Lakeside for six generations, spanning 127 years, and has valued all four Chautauqua pillars.

Dale Knobel is a fourth generation Lakesider who first came here as an infant. He has spent at least one week during the summer in Lakeside for over 70 years. Now retired, he and his wife of 51 years, Tina, spend the entire Chautauqua season at their cottage on Sixth Street.

“We’re long-time Lakesiders,” Dale said. “My family began coming Lakeside annually in about 1895, beginning with my great grandfather who was an English immigrant and steel mill worker in Cleveland.” 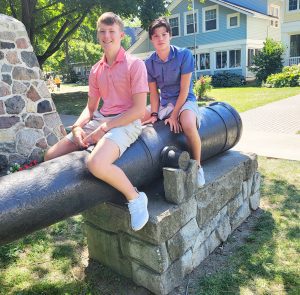 Tina started coming to Lakeside when she and Dale became high school sweethearts in Hudson. Tina went to college at Heidelberg University and earned a degree in elementary education. Dale earned a history degree from Yale University. Despite the distance of over 600 miles, they stayed together and married just a couple weeks after they both graduated.

While Dale pursued his PhD in history at Northwestern University, Tina served as a technical services librarian at the school. After a year of post-graduate teaching at Northwestern, Dale joined the history department at Texas A&M University in 1977. During his 19 years at Texas A&M, he became Dean of the Honors Program and later became the Associate Vice President for Academic Affairs. In 1996, Dale moved on to Southwestern University in Georgetown, Texas, where he was Provost and Dean of Faculty.

During Dale’s career in Texas, Tina engaged in community service. She has been active in leadership at local United Methodist churches in each of the communities where they have resided. For many years she was deeply involved in the local public schools, participating in parent-teachers’ organizations, offering leadership for bond issue campaigns and assisting school board candidates.

“We were very happy at A&M,” said Dale, who also had three books published. “But we really enjoy being in a smaller college town and smaller institution and really getting to know students and faculty better.”

Just two years later, Dale was contacted by Denison University in Granville to be the school’s President. So, they moved back to Ohio until Dale retired in 2013.

At Denison, Tina devoted full-time effort serving as “First Lady” of the university, managing events at the president’s residence, historic Monomoy Place and on campus. She worked with the school staff on landscaping and beautification and traveled with Dale to represent the university to alumni and donors. She was active on the boards of the local symphony orchestra, a historic house museum and a central Ohio agency assisting people with developmental disabilities.

Lakeside Chautauqua must grow endowment funds to achieve its strategic goals and to protect the Chautauqua experience for another 150 years.

Dale and Tina are hoping others follow their lead to help endow the Chautauqua Pillars. Whether pledging a gift or leaving Lakeside as a beneficiary in an estate, IRA or life insurance policy, individuals can benefit in many ways, including reducing income tax, avoiding capital-gain tax, or reducing or eliminating state or federal estate taxes, and enhancing the Chautauqua experience for generations. to come.

Dale and Tina have also made contributions to Bettinger Park in honor of their children. The swings are dedicated for their son, Matthew, who died tragically in a car accident at the age of 12. Their daughter and mother of grandsons Connor and Grant, Allison Sitton, passed away in 2011 at the age of 37 after 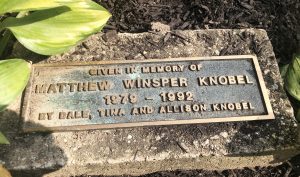 a battle with breast cancer. The slide was refurbished in her memory.

“Our children were both extremely fond of Lakeside,” Dale said. “We’re lifetime Lakesiders, so it’s part of our blood and in our late children. Both loved their experiences and now our grandsons enjoy it when they are able to join us in the summer at Lakeside.”

He added, “We all want Lakeside to be as affordable as possible and to make it possible for families at different stages of their life to take advantage of Lakeside. Charitable giving fills a big gap between what’s covered by the gate fee and other revenue and what it takes to actually offer the Lakeside Chautauqua experience. It’s inspirational to say this is our commitment to Lakeside, and we hope that others will join us.”

In retirement, the Knobels moved back to Georgetown, Texas, to be closer to Grant and Connor, who are sixth generation Lakesiders. They spend the entire Chautauqua season here, along with other family members who own cottages, as well.

Dale said Lakeside is special because it provides a different kind of environment as a face-to-face community. All ages can interact with each other in all four Chautauqua Pillars through activities like shuffleboard, pickleball, lakefront fun and Hoover shows. The winter weather might be better in Texas, but to Dale and Tina, there’s no place more special than Lakeside

“I say we’re lifers and you know, we’re a long way away from Lakeside in the off-season, but we look forward to heading back every year,” Dale said. “Lakeside is a beautiful, quiet spot in the fall or the winter, but we really enjoy the time when the programming is in full swing during the summer. There are so many things in Lakeside that bring people together.”

For more information on how to include Lakeside in your will or estate plans, contact the Lakeside Chautauqua Foundation at 419-798-5396 or advancement@lakesideohio.com.