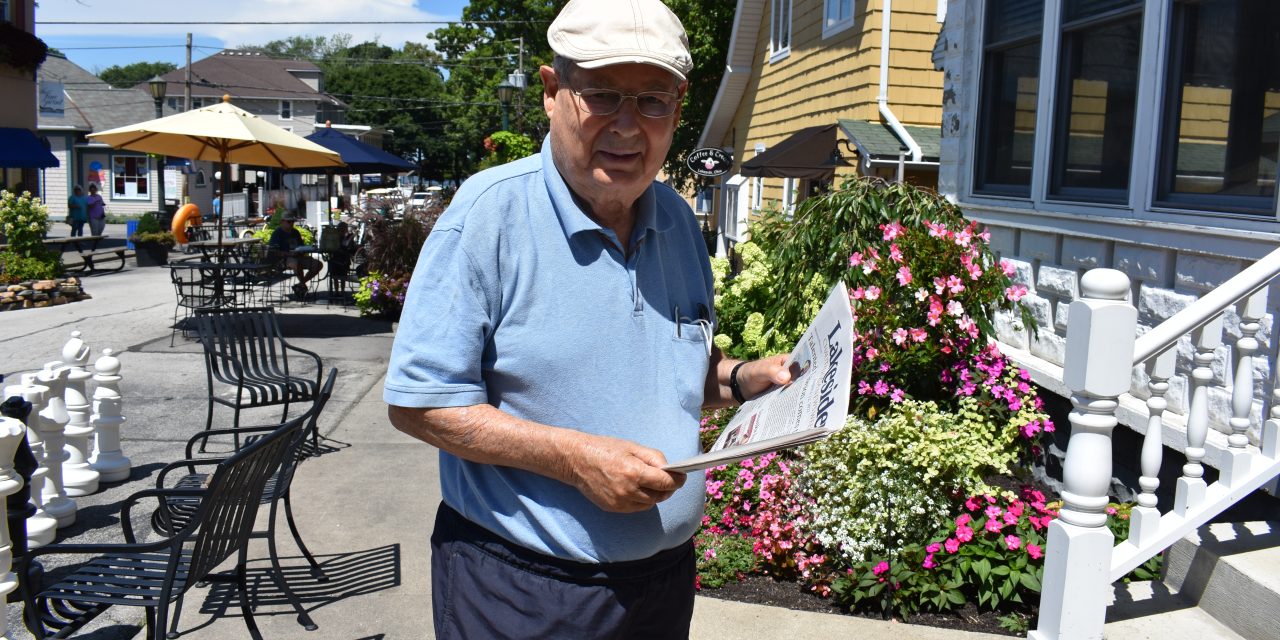 John Jenson had never been to Lakeside until 1969, when it was suggested to him by the nephew of one the most famous Major League Baseball general managers of all time. He’s come back every year since then.

In other words, Lakeside hit it out of the park.

“In 1969, I first experienced what I would call the magic of Lakeside,” Jenson said. “I found out right away it was a special place.”

From 1968-70, Jenson was a doctoral student in journalism at Bowling Green State University. He had to write a dissertation and his advisor, John Rickey, suggested he write about the history of Lakeside. Rickey grew up coming to Lakeside and is the nephew of Branch Rickey, the Brooklyn Dodgers general manager who was instrumental in breaking baseball’s color barrier when he signed Jackie Robinson, the first Black player in MLB history.

Jenson liked his advisor’s idea, so in the spring of 1969, he took the drive to Lakeside, where he met with then-General Manager Dwight Ellis and they immediately hit it off. Jenson impressed Ellis enough that he was hired to manage the Brown House. He was also named editor of the Lakesider newspaper, an offer he wasn’t expecting even though he was qualified.

Jenson earned his master’s degree in journalism from the University of Iowa. He worked in the public information office while serving in the Army and was previously employed at newspapers in San Diego and Salt Lake City.

“I did not anticipate getting to edit the Lakesider,” Jenson said. “I had a journalism background, and it was sort of a natural fit. I thoroughly enjoyed that.”

The two jobs kept him busy while getting the chance to soak in Lakeside and all it had to offer. He also found time to make contacts while exploring the various sources for information for his dissertation.

In early July, John’s girlfriend, Evelyn, dropped by to visit. She was an associate professor of English at Taylor University in Upland, Indiana. Turns out she was just in time for infamous July 4 derecho that left a path of destruction across Ohio. The storm closed the interstate, knocked out electricity throughout the peninsula, swamped campgrounds, felled trees, left debris everywhere and scattered boats all over Lake Erie. In Lakeside, people had to clear paths on the streets in order to get around. Evelyn and was unable to return to her home in Upland for several days. Ultimately, they were married later that summer.

The newlyweds returned to Lakeside the following summer. Both were hired to manage Wo-Ho-Mis, where they lived in a small apartment in the back of the building. That’s where John would write his dissertation, “A history of Chautauqua Activities at Lakeside, Ohio 1873-1970,” a couple hours a day after they finished work in the morning. He spent many hours in the Port Clinton Library and wherever he could get information about the early days, the founding of Lakeside and the speaking movements that had taken place there.

When they needed to relax, there was no better place in Lakeside than the Dock. Evelyn had a group of women she would meet, while John took a swim with Carl McCabe, who was in his 70s and a member of the first swimming team at Purdue University. After dinner, John and Evelyn went to Vespers before heading to Hoover Auditorium for the evening program. All that was a daily routine for the Jensons.

John finished his dissertation, earned his doctorate and, along with Evelyn, took jobs all over the world. He taught aboard the Navy ship USS Spruance through the University of Florida. The school had a program to help enlisted sailors on ships earn college credits so they could advance in rank. John and Evelyn taught at Hong Kong Baptist College before moving on to Texas A&M-Kingsville. He was the head of the journalism program and Evelyn continued teaching English and founded a children’s literature program at the school. After both retired, they continued spending winters in Kingsville and summers in Chippewa Falls, Wisconsin.

Even with all their travels, the Jensons continued to make annual trips to Lakeside for at least a week every summer. John said Evelyn “thoroughly enjoyed” spending her 91st birthday at one of their favorite places. Evelyn passed away at the age of 94 in 2018.

“We certainly enjoyed our returns to Lakeside,” John said. “It’s a very special place and we met many lifelong friends here.”

Lakeside means a lot to John, and the 87-year-old proved that by leaving a legacy gift to the community.

“I’m just giving what I can,” Jenson said. “I’m very pleased to try to help maintain what Lakeside was, is and I hope will always be as a place to renew one’s energies and restore what’s necessary to cope with the world.”

Jenson says Lakeside gives people a place to unwind and catch their breath. He said it’s a great place where people can come together and forget about the “noise” that can divide the country.

“Lakeside represents a slice of the best of Americana,” he said. “It’s a bird’s eye view of the wholesomeness, values and ideals of the best in America. It’s very important that Lakeside remain a stable facility in a fast-changing world. It’s an island of refuge in a sea of all kinds of turbulence.”

Jenson says one of the main reasons Lakeside is special is the people. He has always been impressed with the civility and respect everybody has for one another, no matter their religious or cultural values. There’s something to do for people of all ages, but it’s a place to relax and slow down in a world that sometimes spins too fast.

“From toddlers to gray beards, there are all sorts of things that people can participate in according to their age and stamina,” John said. “I think that’s rewarding and helps one to rekindle their energy. You’re taking a slight step back in time and revisiting America in a little different period. It’s a place where you’re looking at the values through a different lens and hoping that that we can recapture some of those values. Everything comes together under a giant umbrella.”

For more information on how to include Lakeside in your will or estate plans, contact the Lakeside Chautauqua Foundation at 419-798-5396 or advancement@lakesideohio.com.

Preview of the 2017 Preachers of the Week 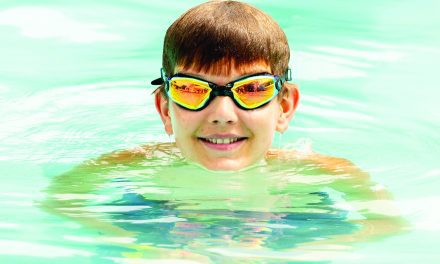 Many fun activities in Recreation Pillar