One of the first groups to experience the upgrades was the Church Planting Assessment Center (CPAC), introduced by Lakesiders Tom and Debbie Jones.

Debbie said her group “rested well” on the new mattresses, linens and bedding that were replaced in all Fountain Inn rooms. Decorative pillows and down comforters were new additions as well.

CPAC noted the Keurig coffee makers (with full amenities) as a favorite new feature. Mini-refrigerators and microwaves were also placed in all rooms for guests’ convenience.

Flat screen TVs were installed, giving the traditional rooms a more modern feel, and all rooms were repainted and refreshed.

The bathrooms received just as many upgrades. Hairdryers were added, while shower curtains and towels were replaced. Also, Bath & Body Works complimentary toiletries are now provided in every Fountain Inn room.

Debbie commented on the cleanliness of the hotel and meeting areas. She said, “I never even saw anyone emptying the trash. It just disappeared.”

She also remembered seeing Mary Ann Hirsch, the newly appointed director of Guest Services, working hard every morning and fulfilling the needs of each guest.

“Amber embodied the spirit of hospitality,” Debbie said. “Every arrangement was easy. She was so organized and accommodated even last minute changes.”

The group loved the food and snacks in each room, providing nourishment during meetings.

Debbie recalled a great continental breakfast every morning and a menu that worked well from the start. The meals were not too heavy and had generous options, including a choice of four different homemade pies.

“The spaces worked wonderfully and were presented professionally,” Debbie noted. “The rooms were well-equipped and the sound was great.”

Last year, Chautauqua Hall was renovated for the comfort of lecture attendees and groups. This year, the Aigler Room will be refreshed, including new curtains.

Even though the Fountain Inn received new features and replacements, the same spirit of hospitality filled the air.

“The Lakeside staff went the extra mile with services and led with their hearts,” Jones said. “In April, they were in full spirit and showed a true willingness to serve.”

Special thanks to Steve Koenig, Director of Hospitality, for his guidance during the renovations and continuing to provide exemplary service to guests and staff alike.

Guests visiting Lakeside Chautauqua and staying in the Fountain Inn will have an opportunity to experience the same amenities that CPAC enjoyed.

All are invited to consider bringing a group to Lakeside Chautauqua for conferences, family reunions or celebrations. Contact Amber LeSage, director of Conference & Event Planning, at (419) 798-4461, ext. 279 or conference@lakesideohio.com for more information.

Join The Front Porch conversation! Have you stayed in the Fountain Inn recently? Did you experience any of the additions or upgrades? Tell us in the comments below.

History of the Steele Memorial Bandstand/Gazebo 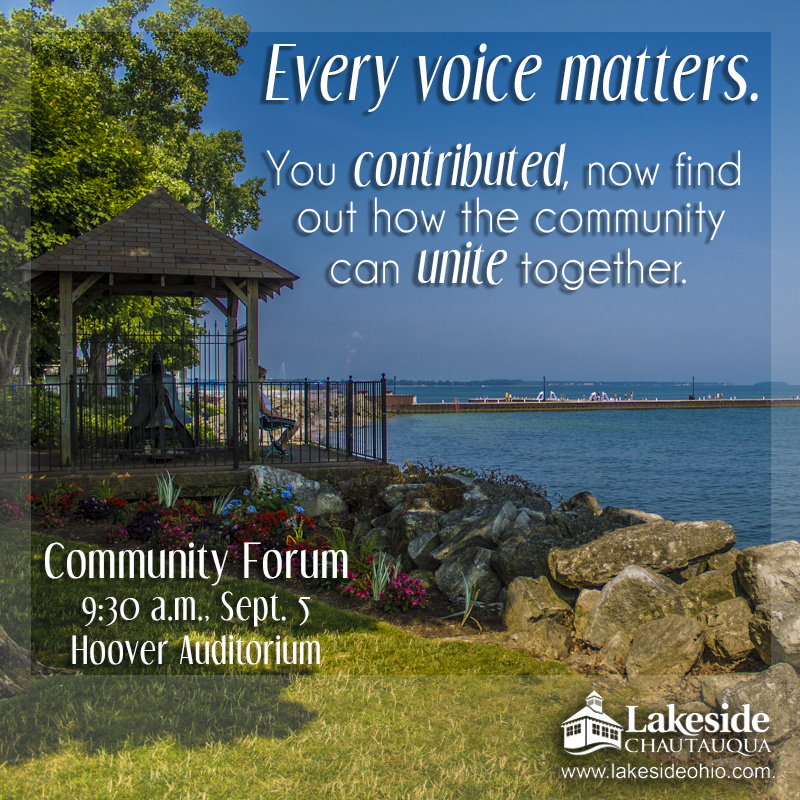