I see a lot of walkers at Lakeside, often two persons together. As they walk they talk. I only catch fragments of their conversation as they pass our house. I hear words describing activities of children, plans for the rest of the day and week.

These conversations were overheard recently by an attentive listener: two young boys were discussing prayer, “You pray to the Holy Spirit when your granddad is in the hospital and you pray to Jesus about your grades.” And from a clump of children including an African American girl who spoke up, ”I take offense at that.” The listener expecting some racial offense was delighted to hear what offended the girl, “Math is too a good subject for girls.”

Overheard conversations can be so revealing, so it was with two men as they walked from Jerusalem to Emmaus, a distance of about seven miles, a walk that would have taken much of two hours, long enough to cover a lot of topics.

It was Easter afternoon. These two men, one named Cleopas, the other unnamed, had heard stories about what happened early that morning, women going to the tomb of Jesus but not finding the body, but rather they met someone they thought was the gardener. These two men were also incredulous about the report of the women.

A stranger drew near and asked they what they were discussing. They told the stranger what they were talking about. He listened intently and then began lecturing them, giving them more complete background on their friend. “Oh, how foolish you are and how slow of heart to believe all that the prophets have declared! Was it not necessary that the Messiah should suffer these things and then enter into his glory?” Then beginning with Moses and all the prophets, he interpreted to them the things about himself in all the scriptures.

They were drawn to the stranger and his insight into scripture so they asked him to stay with them after they arrived at their destination. They invited him to eat with them. The stranger took bread, blessed it and broke it and gave it to them. In that act of breaking bread with the stranger their eyes were opened and they recognized the stranger as the risen Lord.

Many since then have come to experience the Risen Lord in the breaking of bread and sharing the cup. May it be so for each of us when we receive the bread and the cup.

Lord, thank you for drawing near to us when we receive the bread and the cup. Amen. 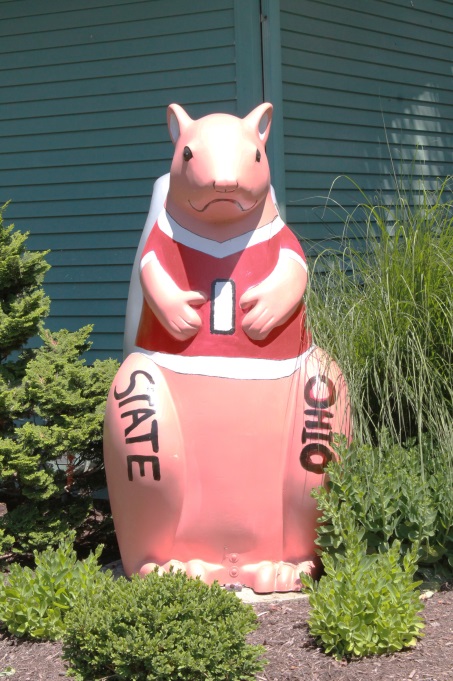 A Stroll Up Central Avenue

Lakeside Information Center to Open at the Pavilion