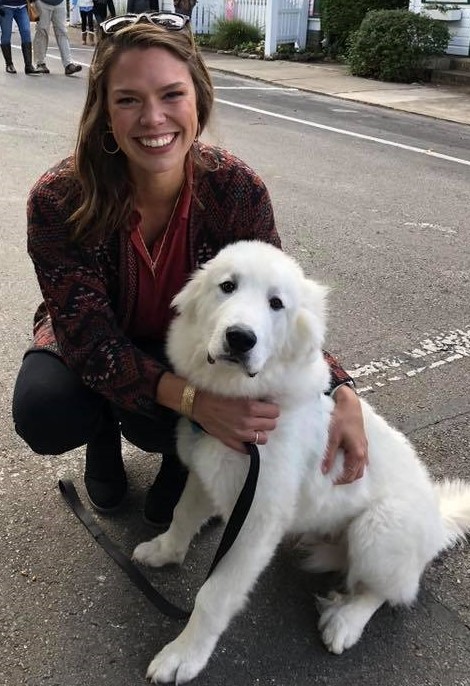 Lakeside Chautauqua is pleased to announce that Dakota Harkins will be transitioning from her role as the Lakeside Heritage Society Manager of Operations to the position of Director of Education & Heritage Programming.

She has made huge strides in the preservation and teaching of Lakeside’s history. With this new transition, Harkins will lead the Education Department and be an official liaison to the Lakeside Heritage Society.

Harkins was first introduced to Lakeside as the Educational Programming Intern in 2014 and returned in 2015 as the Education Assistant to Jeanne Mauriocourt, who previously held the role of Director of Education from 2011-2019.

“I started off in the Education Department with Jeanne, first as an intern and then as an assistant, so I had the chance to see how she worked,” said Harkins. “I saw her interact with the speakers and the audience, and learned a lot from her.”

In 2017, following her graduation from Appalachian State University with a master’s degree in public history, Harkins was hired as the Manager of Operations at the Lakeside Heritage Society.

“I realized that I wanted to study history but I also wanted to do educational programming to promote history and be involved with the public,” she said. “That is something I picked up while being at Lakeside the first time.”

Harkins is looking forward to the summer lectures, talking with Lakesiders and getting their feedback on topics they’re interested in. She added that learning from the audience is a big part of the job.

As a lover of history, she is most excited about the 100th anniversary of the woman’s suffrage celebration.

“Lakeside will be one of thousands of cultural institutions around the country celebrating the 100th anniversary of the 19th Amendment,” she said. “The anniversary is taking place during an election year, meaning our programming staff has the rare opportunity to directly relate the accomplishments of suffragists in the past to our role in democracy today. For someone with a background in history and culture studies, this is an unparalleled opportunity! In scheduling lectures, I’ve been communicating with some inspiring, phenomenal women and I can’t wait to see what amazing ideas they will add to our Chautauqua season.”

While in her new position, Harkins wants to continue the concept of experiential learning and connect with the multiple generations of Lakesiders.

“The Lakesiders we hope to connect with through our educational programs are those who have grown up with varied learning opportunities, so Millennials and Generation Z, as well as some in GenX,” Harkins said. “Styles of learning have changed in the last 40 years, and we want to make sure that there are opportunities to fulfill the Chautauqua Pillar of Education outside of typical lecture programs.”

In addition to her new role at Lakeside, Harkins is also the Head Varsity Volleyball Coach and Volunteer Assistant Girls’ Basketball Coach at Danbury Local Schools. With this connection, she’s taking a special interest in the Women in Sports themed lecture, which focuses on the strides women’s sports have made over the past century.

Aside from her busy, on-the-go schedule, she loves walking around Lakeside after work with her recognizable fluffy white dog, Otto, looking at all the different unique cottages, and watching people experience all Lakeside has to offer.

For Harkins, this is only the beginning as she’s looking forward to taking what she has learned through working with Mauriocourt and her years with the Lakeside Heritage Society and applying that experience to her new role.

“I can only hope to be as simultaneously bubbly and professional as Jeanne,” Harkins said. “She was genuine and had a great rapport with the speakers and Lakesiders. I have some really big shoes to fill but I am going to try my best.”

Why is Lakeside Significant?